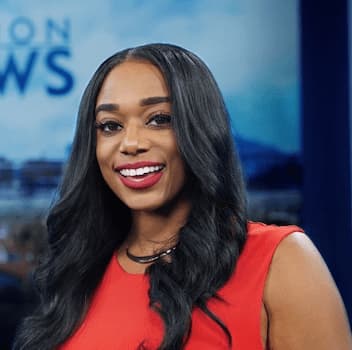 Alicia Pattillo is an amazing journalist presently serving at KTNV-TV in Las Vegas as a news reporter.  Since 2018, she has been part of the station’s weather family.

Before joining KTNV, she worked for a period of two years and five months at The Bakersfield Californian as a Morning Show Co-Host. In leisure her time, Alicia likes going out to restaurants with her friends and family, listening to music, and reading.

Alicia Pattillo was born in Cleveland, Ohio, in the United States of America. She is around 33 years of age from her appearance, although details concerning her dates and year of birth are not yet known to the public and will be updated as soon as possible.

Alicia was born and brought up under the loving care of her parents in Cleveland, Ohio, in the United States of America. However, Alicia has not disclosed much information with regard to her parents or if she has siblings or not. This information will be updated as soon as possible.

Alicia has managed to keep her marital status away from public attention. However, research is ongoing and information will be updated as soon as she reveals it to the public eye.

Alicia receives an annual average salary of $92,930. This is according to KTNV anchors/reporters’ salaries.

At this present moment, Alicia works at KTNV  based in Las Vegas, as a news reporter. Before joining KNTV, she worked at The Bakersfield Californian as a Morning Show Co-Host. Alicia debuted her journalism career, in Ohio in January 2007, when she landed a job opportunity to work at The Jambar as a General Assignment Reporter.

Alicia worked there for a period of three years and ten months before shifting to Youngstown, where he served as the Radio Co-Host at Rookery Radio. Alicia moved to Chicago in January 2013, where she was commissioned as an On-Air Reporter and Anchor at the Good Day DePaul.